Here’s another terrible story involving a pit bull attack. A morning trip to the driveway of her Paradise Hills, San Diego home turned into a true horror story for 75-year-old Emako Mendoza who, while out picking up the daily newspaper, was attacked by two pit bull dogs. The bites she received in the attack were so severe that her left leg was amputated below the knee, and still remains at risk of losing her other leg and an arm. 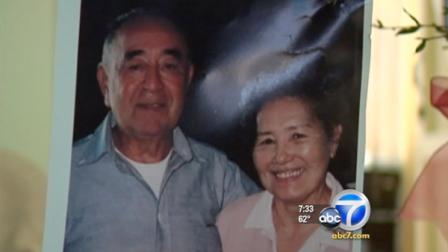 “She’s in a terrible amount of pain. She’s so fragile to begin with. She just can’t handle this pain,” her husband of 53 years told the San Diego Union Tribune.

The dogs came from the yard of her neighbor, Alba Cornelio, who apparently escaped through a hole in the neighboring fence. Cornelio was some kind of pit bull breeder who, after this attack, had a litter of pit bull puppies confiscated. The two dogs involved in the attack were properly euthanized, and Cornelio is no doubt telling authorities that the dogs never showed any sign of aggressive behavior before the attack. It fair to say that in nearly every case of a dog bite handled by Walton Law Firm, the owner of the attacking dog claims the attack was totally out of character.

News accounts state that no complaints against the dogs were on file, but the investigation continues.

Sadly, Ms. Mendoza’s 78-year-old husband learned of attack when he was awakened by the doorbell. Two teenagers who witnessed the aftermath of the attack, and Mr. Mendoza ran outside to find his wife covered in blood.