Doctors are some of the most well-respected members of our communities. They are usually highly trained, caring, and competent people. We can probably all think of a great doctor that helped us or a loved one get through a difficult period in our lives. Unfortunately, just like in any other profession or occupation, not all doctors are as competent and capable as we would like them to be. Sometimes, they make mistakes and commit medical malpractice. Unfortunately, new reports indicate that some area doctors make a lot of mistakes and the California medical board—the state agency that is supposed to make sure our doctors are competent—fails to take appropriate disciplinary action.

This is all according to a report released by the Washington D.C.-based public interest group, Public Citizen. The contents of the report should be troubling to all area residents who would like to avoid becoming a San Diego medical malpractice victim. The most significant findings of the report were that the California state medical board failed to file a disciplinary action against more than 700 physicians who were disciplined by hospitals for wrongdoing. Thirty-five percent of those physicians were repeat offenders. In addition, the report classified more than 102 doctors as being an “immediate threat to health or safety” of patients. Only 118 other doctors in the entire United States were given this label, meaning that California has almost half of all dangerous doctors. 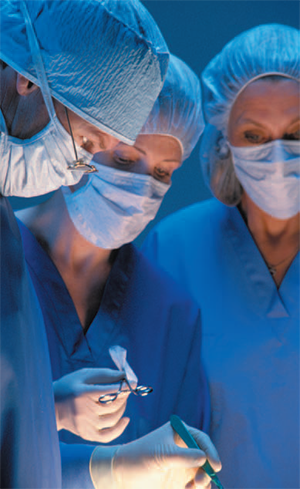 The mistakes cited by the report were numerous. They include faulty diagnosis and treatment of patients, failing to remove medical devices and instruments from patients after surgery, and personal problems of the doctor interfering with his or her work.

According to the report, the reasons for this terrible state of affairs are obvious. First, the California review board lacks the funds it needs to go after doctors who deserve discipline. Second, the board has a slow rate of processing disciplining actions, ranking 35th in the nation on that measure. According to the report, it takes more than 400 days for the average disciplinary action to be investigated. In the meantime, doctors continue to practice, regardless of their competence level or the risk they pose to patients.

According to Public Citizen, the poor condition of doctor oversight is nothing new for California. In 2005, a report by the California Medical Board Enforcement Program made a series of recommendations to improve doctor oversight, most of which have not been implemented. The state has a very poor record with respect to disciplining its doctors, who will undoubtedly be left free to practice and commit potentially costly errors. Until the California medical board improves its oversight of doctor mistakes, it will be up to California medical malpractice attorneys to fill the gap and hold doctors accountable for the harm they cause patients when they make serious mistakes.

You should contact the San Diego medical malpractice attorney at the Walton Law Firm if you believe you have been the victim of a mistake made by a doctor. Our attorneys are skilled in this area of legal practice, and can assist you should you choose to seek compensation for the injuries you have received.

Why Conservatives Should Oppose Caps on Malpractice Awards