Particularly in these difficult economic times, parents no longer have the option of having one parent stay home to take care of the children while the other parent works. As a result, parents must resort to placing their children in daycare. While many daycare centers are well-run and do not experience any major issues, there are others that are not as concerned as they should be about your child’s safety. Unfortunately, sometimes you will not discover whether your daycare center is truly good or bad until a problem arises. 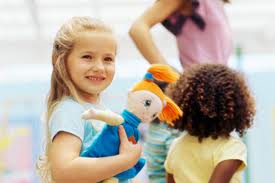 One issue that comes up on a frequent, but irregular, basis is that of E. coli. It is a type of bacterium that commonly resides in the intestinal tracts of humans and animals. E. coli is transmitted when people come into contact with feces containing the bacterium. It can get into meat during processing, and it may be found in raw dairy products or raw fruits and vegetables. Sometimes feces can get into a lake or other water supply, and E. coli can find its way into drinking water. E. coli is also spread through person-to-person contact, usually when an infected person does not wash his or her hands after going to the bathroom.

Unfortunately, children are quite susceptible to contracting E. coli at daycare. The news organizations seem to be constantly telling us about another shipment of fruits or vegetables that are infected with E. coli, and if your daycare provides food to your child, they may be at risk. In addition, as many parents are aware, children are not always very hygienic and may not wash their hands after going to the bathroom. With all of the children touching the doorknobs, tables, other surfaces, books and toys, it is not hard to imagine a child spreading E. coli bacterium all over the daycare center.

END_OF_DOCUMENT_TOKEN_TO_BE_REPLACED

Most consumers in the United States are privileged to be able to walk into a supermarket of their choosing and select the items they want from the rows upon rows of food choices offered in nearly every grocery store in the nation. With the stringent regulations that apply to food distributors, customers can feel reasonably safe purchasing their food, and they do not typically worry about whether or not the food could harm them. However, local San Diego food poisoning attorneys know all too well how important it is to remember that the system is not foolproof, and unsafe food occasionally still slips through the cracks and onto the shelves of our grocery stores. 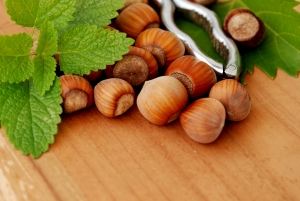 Food can become contaminated in a variety of different ways. For example, vegetables may be inadvertently grown in contaminated soil. Unsanitary conditions at food processing plants can also lead to bacteria content in food that is distributed to grocery stores. These unsanitary conditions can involve dirty machinery or work areas, rodent and insect infestation, and employees who fail to properly maintain their own hygiene.

Although buying organic products can be safer in some respects, it does not eliminate the risk of food contamination. For example, on August 5, 2011, Fresh & Easy Neighborhood Market, Inc. issued a recall for certain bags of its organic baby spinach. The recall came after the company discovered bacteria in its product that can lead to a disease called listeriosis. Listeriosis can cause illness in adults and children, but it is most harmful for pregnant women and their unborn children. Listeriosis can cause miscarriages, birth defects, premature delivery, and other health problems for the child. It can also cause serious infections for people with depressed immune systems, such as those with cancer or diabetes. Thus far, no illnesses have been reported in connection with the baby spinach, but the story demonstrates how, even in a country where food is regulated rather heavily by the government, contamination still does happen.

END_OF_DOCUMENT_TOKEN_TO_BE_REPLACED

The California Department of Public Health issued warnings last week to avoid eating any alfalfa or clover sprouts distributed under the Wo Chong brand. Laboratory testing of the sprouts revealed they were contaminated with salmonella.

“Consumers, especially infants, young children and the elderly, are susceptible to serious infection when exposed to Salmonella,” said Dr. Mark Horton, director of CDPH. “Today’s warning is part of our ongoing efforts to ensure the safety of foods sold in California.”

The Wo Chong sprouts can be identified by the four ounce packages or the one pound bag. The Universal Product Code for the spouts is 027862003017.

END_OF_DOCUMENT_TOKEN_TO_BE_REPLACED

It is being reported that two people have died after being infected with matching strains of E. coli acquired from tainted ground beef. At least sixteen people have been infected, several of whom have been hospitalized and are critically ill.

According to the U.S. Department of Agriculture, Fairbanks Farms in Ashville, New York issued a recall notice of more than 500,000 pounds of ground beef that may have been tainted by the deadly bacteria. That beef may be retailed in stores such as Trader Joe’s, Wild Harvest, B.J’s, and Giant Food stores. While most of the current victims are out of state, there is one confirmed case in California.

The packages of been that may be contaminated are printed with “EST. 492” inside the USDA mark of inspection or on the label. It is being reported that the contaminated beef was packaged on September 15 and 16 and may have been labeled at the retail stores with a sell-by date of September 19 through 28.

END_OF_DOCUMENT_TOKEN_TO_BE_REPLACED

The investigation into the Salmonella outbreak that has sickened hundreds nationwide, and killed at least eight people, continues to develop. CBS news is airing the interview with Jonathan Prather, a former employee of the Georgia plant where the Salmonella outbreak originated. Prather tells a disturbing story of filthy plant conditions, including cockroach infestation, mops wash in sinks where peanuts are washed, rodent droppings, and most disturbing, a dead rat dry-roasting in the peanut area.

Here is the video:

END_OF_DOCUMENT_TOKEN_TO_BE_REPLACED

The nationwide outbreak of Salmonella infection continues to impact Southern California. On Wednesday, Orange County health officials confirmed that a 4-year-old child has been sickened by contaminated peanut butter products, the seventh known victim in the county. It was also revealed that tainted peanut butter cookies, cookie dough, and other fundraising products were distributed to several schools, including Kennedy High School Band in La Palma, Reilly and Montevideo elementary schools in Mission Viejo, and Mothers of Preschoolers in Laguna Hills. The products were produced by Dough-To-Go Inc. of Santa Clara.

Parents and school officials are encouraged to find out if any Dough-To-Go, Inc. products were distributed in the district, and to discard any such products.

Currently more than 500 people in 43 states, including over 60 in California, have become ill after consuming peanut related products, including eight deaths. The tainted product has been traced to a manufacturing plant in Georgia, which is now the target of a lawsuit. A claim for punitive damages has been added to a lawsuit in Vermont where a 7-year-old boy was hospitalized with peanut-related Salmonella.

END_OF_DOCUMENT_TOKEN_TO_BE_REPLACED

The attorneys at Walton Law Firm LLP are currently evaluating cases of salmonella attributed to peanut butter products originating from a plant in Blakely, Georgia. A national outbreak of salmonella has sickened hundreds across the country, including 62 documented cases in California.

A lawsuit has already been filed in Minnesota involving the death of a 72-year-old woman, and more lawsuits are expected to be filed in the coming weeks. The source of the salmonella infections was determined to be King Nut brand butter, from Peanut Corporation of America. The peanut butter was primarily sold in bulk to institutional and commercial consumers, such as hospitals and schools.

It is just now being revealed that Georgia plant has a history of sanitation-related problems that it failed to address.

END_OF_DOCUMENT_TOKEN_TO_BE_REPLACED

The potential source of the salmonella outbreak that has sickened individuals in at least 42 states has been identified as King Nut peanut butter. Health officials in Minnesota said salmonella bacteria were found in a tub of peanut butter that was distributed to schools and hospitals.

King Nut, based in Ohio, has issued a voluntary recall of all brands of peanut butter distributed under its label, which is not sold directly to consumers but primarily to food service accounts. To date, 399 Americans have been sickened by a strain of bacteria known as Salmonella Typhimurium, which is often found in uncooked eggs and meat. 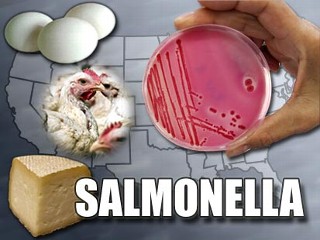 Symptoms caused by salmonella are usually diarrhea, abdominal pain, and a fever, beginning 12 to 72 hours after contact with the bacterial. Severe cases can arise in people with weakened immune symptoms, as well as children and the elderly. That’s what’s particularly concerning about this outbreak; that the source may be associated with a peanut butter that was distributed to hospitals and schools.

END_OF_DOCUMENT_TOKEN_TO_BE_REPLACED

San Diego victims of food poisoning, who suffer personal injury as a result, can now prove the cause of their illness through inferences. In Sarti v Salt Creek, Ltd. [No. G037818. Fourth Dist., Div. Three. Oct. 27, 2008.] a California Court of Appeal held that a plaintiff may prove food poisoning via an inference that the food caused the illness.

The Sarti plaintiff ate raw Ahi tuna at the defendant restaurant. She became nauseous and chilled the next day and then developed diarrhea which continued for the next ten days. She soon was unable to move her legs and having a hard time focusing her eyes. She was taken to the hospital where a neurologist diagnosed a variant of guillain-barre syndrome (a disease that damages peripheral nerves). She was tested, and found to have campylobacter bacteria. Expert testimony would later indicate that Sarti’s guillain-barre was an idiosyncratic immuno-suppressant reaction to the constant diarrhea brought on from campylobacter.

Ms. Sarti, who was about 21 years old at the time she came down ill, never completely recovered. She had to use a walker for eight months, and to this day retains only about 40 percent of what would have been her normal endurance.

END_OF_DOCUMENT_TOKEN_TO_BE_REPLACED
What Our Clients Say:
"Walton Law Firm was amazing. Very professional, but personal. Having a lawyer to make sure that everything is taken care of removed so much stress."★★★★★- Wayne G., Encinitas -
"After my husband was killed in a motorcycle accident, Randy was there from the moment I first called."★★★★★- Suzanne S., Escondido -
"Calling Randy was the best decision I could have made. He got me an excellent settlement that covered all my medical bills and put a sizable chunk of money in my pocket."★★★★★- Erik S., San Marcos -
"Truly as good as it gets, if not beyond great, for Randy Walton and his paralegal Sarah Earnest. He and she are both incredibly dedicated to what they do and I never felt I couldn't trust him."★★★★★- Natalie T., Lake Elsinore -
"Randy is a great lawyer and a better person. He went above and beyond the call of duty to reach a settlement in my case. He believed in my case when no one else did."★★★★★- David C., San Diego -
Contact Us
free consultation 760.571.5500