Our San Diego car accident lawyer is well aware of the growing role that cell phone use is playing in California’s car accidents. Fortunately, it appears that Californians are also waking up to the dangers of talking on the phone or texting while driving. According to an article on NBC San Diego‘s website, a new survey, just released by the California Office of Traffic Safety, shows that California’s drivers list cell phone use as their number one safety concern on the road, even ahead of aggressive driving or speeding, which ranked second, and drunk driving, which came in third.

According to the study, 38.8 percent of those surveyed listed cell phone usage as their biggest safety concern. This number reflects an increase in awareness of talking and texting while behind the wheel. Last year’s study listed cell phone usage second behind aggressive driving and speeding, with only 18.3 percent of drivers listing it as a top safety concern. The trends lines are moving in the right direction. However, there remains a significant difference between saying that these distractions are dangerous and actually taking steps to eliminate those distractions to make our roads safer. 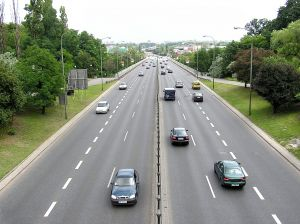 Even the federal government has taken notice of the problem and has started running radio advertisements to try to combat the problem. In addition, the government has launched a website dedicated to the issue, which can be found at www.distracteddriving.gov. The site provides access to facts about the risks of driving while your mind is on something else, with an emphasis on the most common behaviors like texting or talking on the phone, as well as eating, applying makeup, and more.

In 2008, the California Public Utilities Commission banned texting by train conductors after a conductor involved in a horrific train accident was found to have been texting at the time of the crash. The following year, the state banned texting while driving, including writing, sending, and reading texts. By including the sending of texts in the ban, the state has included even those texts that can be dictated into a smartphone instead of being manually typed.

Prior to the texting ban California also passed a law regarding the use of cell phones while driving. The 2008 law makes it illegal for all drivers to use a handheld wireless device while driving. It also bans the use of any kind of device, including a hands-free device, for drivers under the age of 18; but drivers who are 18 or older are permitted to use hands-free cell phones. In addition, in emergencies, drivers who do not have immediate access to a hands-free device are permitted to place emergency calls.

There simply is no disputing that cell phone use while driving has led to more San Diego car accidents. If you have been involved in a crash that may have resulted from a distracted driver, our San Diego personal injury lawyer can get access to the other driver’s cellular phone records in order to determine whether he or she was on the phone or texting at the time of the accident.