A postal worker died last week after suffering blunt head trauma while on his postal route in Oceanside. According to reports, Hao Yun “Eddie” Lin of Poway was walking his route at the 500 block of Stanley Street when he encountered a large dog, possibly a Rottweiler. While it’s unclear what exactly happened next, it appears that in his effort to avoid the dog, Mr. Lin fell and struck his head, causing the fatal head injury. Sadly, Mr. Lin leaves behind three young children, including a 4-month-old daughter.

Both the Oceanside Police and the San Diego Humane Society are still trying to figure out exactly what happened. Lin’s wife told the North County Times that she was frustrated with the pace of the investigation, and wants answers. She said that she is aware that the dog jumped on her husband and that the dog attacked another letter carrier years earlier. It is reported that the dog was euthanized at the owner’s request.

As to legal liability, assuming the dog caused the death, the owner of the dog will be held strictly liable to the family under California’s dog bite statute. Under the law, there are very few defenses. If a dog causes injury – even if the dog is being playful – the owner will be held liable. A dog bite is not required for liability purposes.

This is, obviously, a very serious case. Hopefully the owner of the dog was responsible enough to maintain some kind of insurance policy that covers acts such as this. These young kids lost a father who, by news accounts, was totally devoted to his family. 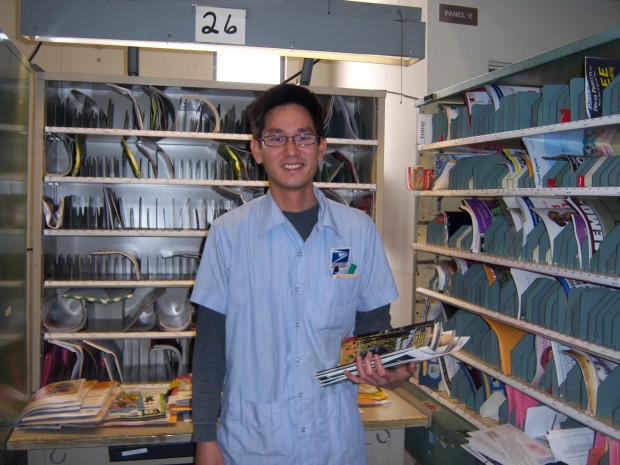 The accident and injury lawyers at Walton Law Firm represent individuals who have been injured in all types of accidents, including dog attacks / bites, auto accidents, worksite injuries, pedestrian injuries, construction accidents, property injuries, and malpractice matters. Call (760) 571-5500 or (866) 607-1325 for a free consultation.