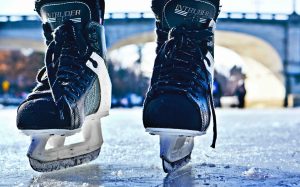 While most of us do not associate life in Oceanside, CA with ice hockey, there are certainly ice hockey teams in Southern California, and many high school students play hockey with an aim of playing in college or afterward. The universities in the UC system also have hockey teams, and both men and women enjoy club hockey at the nearby University of California, San Diego campus. Although California might not be known for its hockey, young people do play ice hockey here. According to a recent report in CBS News, they may be at greater risk of a concussion than researchers previously reported. Women, in particular, may sustain concussions at a much higher rate in ice hockey than scientists previously believed.

According to the recent report, concussions in women’s ice hockey are much more common than you might think. Many of the players are beginning to think more carefully about how they are exposed to serious risks of a traumatic brain injury (TBI). A recent study conducted by researchers at the Minnesota Department of Health determined that “girls, particularly girls who play hockey, are more likely to get concussions than boys.” Some of the reason is “biological,” according to Dr. Uzma Samadani, a brain surgeon. As Dr. Samadani clarified, “boys have stronger necks and thicker skulls.”

In addition to biological differences, there are social and cultural differences that make boys potentially less likely to suffer concussions in the same ways as girls. As Samadani explained, “from a young age, boys engage in rough play.” While this is certainly not a given based on biology or sex, that type of rough play tends to be socially normalized for boys but not for girls. As a result, Samadani went on, “they tackle each other . . . they learn to tumble . . . [and] many girls don’t do this.” As such, boys may be less likely to sustain a TBI in a sport that involves the same kinds of interactions.

While Samadani underscored that it may not be practical or even a good idea to prevent kids from playing sports like hockey in high school or college, it is important to understand the risks, and to think about the ways our sociocultural systems may lead to head injuries in some populations but not in others.

Sometimes a coach or even an institution—such as a high school or a university—may be liable when a student athlete sustains a head injury. Coaches have a certain duty to students, and anyone who is suspected of having a head injury must go through a protocol to help avoid putting an athlete with a head injury back on the field.

According to HealthyChildren.org, all sports have some risk of concussion, but certain sports are riskier than others. For example, football, soccer, lacrosse, hockey, basketball, and cheerleading have higher risks of concussion than other sports. As many parents and athletes alike now know, multiple hits to the head may put a student at higher risk of developing chronic traumatic encephalopathy (CTE) even decades after they initially played a contact sport.

If your child sustained a head injury while playing sports, it may be possible to file a claim for compensation. An experienced Oceanside brain injury lawyer can help. Contact the Walton Law Firm to learn more about how we can assist with your case.