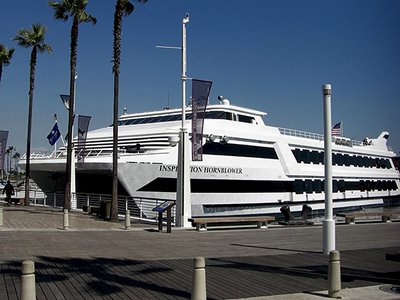 The high-profile case involving the shooting death of a male dancer by San Diego Harbor Police on a charted boat has been settled. The parents of Steven Hirschfield have agreed to a sum of $2.5 million to settle the wrongful death case they brought against the Port of San Diego.

Steven Hirschfield was hired to be a dancer aboard the 222-foot cruise ship Inspiration which was chartered as part of the Gay Pride weekend in San Diego. While the facts are a bit sketchy, Hirschfield jumped into the waters of San Diego Bay at about 11 pm during the evening of July 19, 2008. Two Harbor Police officers were dispatched to pull him out of the water, when Hirschfield got into an altercation with the officers. According to testimony from the officers, Hirschfield tried to grab one of the officer’s guns, at which point the second officer shot Hirschfield.

Hirschfield’s parents Alan and Nicole Hirschfield disputed this account, noting that Hirschfield was shot in the back. That was the basis for their civil rights lawsuit against the officers and the Port.

According to news accounts, Hirschfield’s DNA was found on one of the officer’s holster, handgun and Taser. Also, toxicology tests found amphetamines, methamphetamine, the sedative doxylamine, and the animal tranquilizer ketamine in Hirschfield’s system. The officers were not criminally prosecuted.

The San Diego accident and injury attorneys at Walton Law Firm represent individuals who have been injured in all types of accidents, including auto accidents, worksite injuries, nursing home neglect, food poisoning, pedestrian injuries, construction accidents, property injuries, and malpractice matters. Call toll free at (866) 607-1325 or local at (760) 571-5500 for a free and confidential consultation, or fill out an online inquiry.