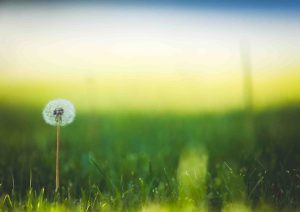 Can glyphosate cause cancer, specifically non-Hodgkin’s lymphoma? The article in The New York Times emphasizes that “the safety of glyphosate is not settled science.” While the IARC has indicated that the likelihood of glyphosate being carcinogenic is high, other agencies have disagreed. For example, the European Food Safety Agency, as well as the U.S. Environmental Protection Agency (EPA), have not come to the same conclusion about glyphosate exposure and cancer risk.

In 2015 alone, about 220 million pounds of glyphosate were used in the United States. In large part, the weed killer has been used in farming, and individuals in the agriculture industry are the ones alleging that glyphosate causes cancer. A recent report from CNN News indicates that more than 800 patients are suing Monsanto based largely on evidence contained in the IARC report. The plaintiffs allege that their non-Hodgkin’s lymphoma resulted from the glyphosate in Roundup, combined with the “animals fats and other ingredients” in the weed killer “that increase the carcinogenicity of the glyphosate.”

Did Monsanto Know that Roundup Could Increase a Consumer’s Risk of Cancer?

The CNN News report discusses internal correspondence among individuals at Monsanto in relation to research on glyphosate. If the company that makes Roundup knew that the weed killer posed a cancer risk, it had a duty to warn consumers about that risk before they used it.

In general, there are three different types of product liability claims:

If you have questions about filing a product liability lawsuit, an experienced product defect attorney in Oceanside can assist you. Contact the Walton Law Firm to learn more about the services we provide to personal injury plaintiffs in Southern California.

Dangerous Toys to Watch Out for in San Diego County