The most damaging accidents on our area roadways are often those involving large semi-trailers. San Diego truck accidents continue to take the lives of many area residents. Unfortunately, a large number of these tragedies are caused by negligent truck driving and could have been prevented if the truck driver had exhibited proper care. Just this week the Sierra Vista Herald reported on yet another tragic San Diego truck crash. This latest accident took the life of a 65-year old pickup truck driver and a 2-year old girl. Four other people (including three children) were also injured in the crash.

The accident struck early Tuesday afternoon on the eastbound lanes of Interstate 10 just east of Wilcox. A truck driver was traveling on the highway when he lost control of his vehicle. The truck eventually flipped over on its side, blocking all eastbound traffic lanes on the interstate. It was only a matter of time before an unsuspecting on-coming vehicle approached the accident site. The first vehicle to come up upon the overturned truck was a 2001 Ford pickup truck. The driver was unable to account for the stopped semi, and the pickup collided with the rear of the trailer.

There were four passengers in the pickup truck as well as a driver. The youngest passenger, a two-year old girl named Mercedes Young, was killed in the collision. Also killed was 65-year old Isaac High. Four other members of the Young family were injured including three children aged 4, 7, and 8. It remains unclear what led the truck driver to lose control of the machine. It is important that a thorough investigation be conducted to understand what happened and figure out if the accident could have been prevented. 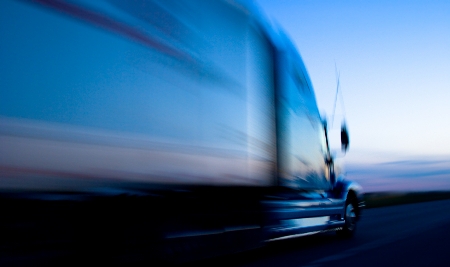 There are potential deadly consequences every time that a driver loses control of a large tractor-trailer—making it incumbent that these drivers abide by safe driving practices any time that they are behind the wheel. Our San Diego truck accident lawyer is well versed in the requirements for safe driving and the ways that the legal system protects those injured by negligent driving. All those who travel on our area roadways are required to exercise reasonable care so that others are not harmed in a California car accident. This includes driving at safe speeds for road conditions, staying within one’s lane, and obeying all traffic signals.

In addition to these basic rules, truck drivers are often obligated to follow special rules to ensure that their conduct does not harm others. For example, truck drivers must ensure that they do not fall victim to driving fatigue. Truck drivers are usually behind the wheel for much longer stretches than the average driver. As a result they are prone to developing driving fatigue which causes deterioration in their reaction times and often leads to deadly accidents. Consequently, laws have been passed that mandate the maximum amount of time that a trucker can drive in a 24-hour period as well as the maximum amount of time they can go without a break. In this way, the law seeks to be proactive in minimizing truck driving risks before they lead to accidents.