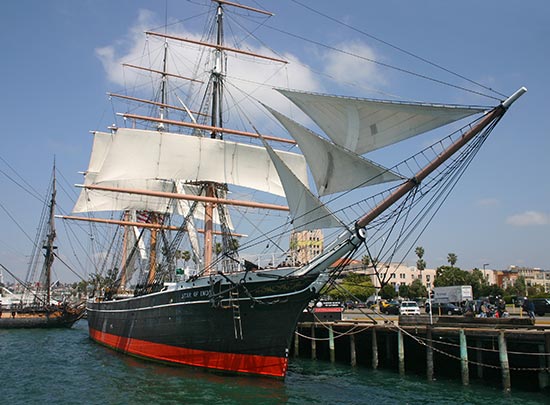 A volunteer on the museum ship Star of India was killed on Sunday after he fell approximately 40 to 50 feet from one of the ship’s pasts. According to witnesses, 68-year-old Gregory Gushaw on the starboard side of the forward mast performing training exercises with other volunteers when he fell. He apparently struck his head during the fall, and plunged into the water.

Mr. Gushaw was wearing a safety harness at the time of his fall, and had apparently performed the exercise many times before. Harbor police are conducting an investigation and have notified Cal-OSHA. The investigation will include the condition of the harness to determine if its failure played a role in the accident. The San Diego Union Tribune is reporting that Mr. Gushaw, a retired naval officer, was a longtime volunteer and a tour guide, as well as a member of the museum’s board of directors.

One witness said that were at least 60 volunteers on the ship at the time of the accident, and at least one of them jumped into the water to provide assistance to Mr. Gushaw. The response by volunteers and public safety was swift, and treatment was being provided within minutes. Unfortunately, Mr. Gushaw could not be revived at the scene.

The Walton Law Firm represent individuals who have been injured in all types of incidents, including property injuries, defective products, car accidents, worksite injuries, food poisoning, pedestrian injuries, construction accidents, and malpractice matters. Call (760) 571-5500 for a free and confidential consultation.