Try for a moment to imagine yourself in the following situation: You go out one evening with some friends and have a few drinks. By the time you make it back to the parking garage where you left your new BMW, you realize that you have had a drink too many to be getting behind the wheel of your car. So you do the responsible thing and decide not to drive and instead take a few hours to sleep off the effects of the alcohol in the car. Now imagine that you wake up just a few short hours later to the smell of something burning, only to quickly realize that that something is your vehicle. 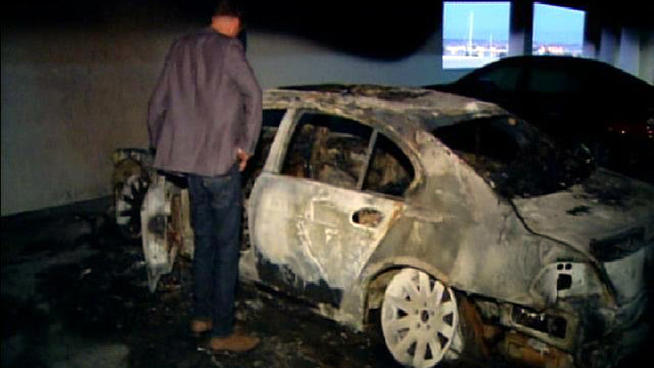 This is precisely what happened this week to Philip Cox, a resident of Pacific Beach. Cox, who had owned the car for only about five months, left it in a parking garage attached to the Hilton San Diego Bayfront Hotel. Cox leapt out of the vehicle immediately when he smelled smoke and, upon realizing he had left his cell phone inside the car, flagged down a passerby to call 911. Firefighters arrived on the scene early on the morning of January 26, and they were able to extinguish the fire before it could spread to the gas tank or to any other surrounding vehicles. Fortunately, no one was reported injured in the fire, but a picture taken by a reporter for NBC San Diego shows that the damage to the car was quite extensive. Although the accompanying article does not say so specifically, it certainly appears from the photograph that the BMW will be a total loss.

Thus far, investigators have not been able to determine what caused the vehicle to catch on fire. As our San Diego personal injury lawyer can tell you from experience, while vehicle fires can and do occur due to high speed impacts, they generally should not happen when a vehicle is parked and sitting idle. The article does not indicate how long the vehicle had been running or even whether it was running, but given the amount of damage to the car, it is apparent that something really must have gone terribly wrong with the car.

Naturally, when something like this happens, the first inclination of a California product liability lawyer is to suspect that the vehicle must have somehow been defective. BMWs are expensive, and this one was less than six months out of the dealership, so it catching fire could very easily have been the result of some kind of manufacturing defect. Of course, there are plenty of other plausible explanations for the fire that have nothing to do with the car itself, but based on the information available, it certainly appears to have been a product defect.

It is fortunate that no one was injured in the fire, but if a defect was the reason for the fire, it is important for the company to be made aware of the problem so that more fires do not occur. California product liability law makes manufacturers liable for injuries caused by defective products and provides strong financial incentives for companies to take responsibility for making sure their products are safe for consumers.

Surfer’s Lawsuit Alleges Surfboard was Unsafe for Intended Use