Whether you are driving on one of the major highways surrounding Poway or you are on a local road, a serious truck accident can happen without warning. Trucking accidents can happen for many different reasons, and it is important to work with an experienced truck accident attorney who can help you move forward with a claim and determine who may be liable for your injuries. Although every case has its own set of facts, the following are the general steps you should take if you have been injured in a Poway trucking crash.

Gather Evidence at the Scene of the Truck Accident

Many truck accidents result in life-threatening and deadly injuries. According to the Insurance Institute for Highway Safety (IIHS), large trucks usually weigh anywhere from 20 to 30 times as much as a smaller passenger vehicle, and they have a much higher ground clearance. As a result, a collision with a passenger car or light truck can mean that any occupants of those smaller vehicles sustain debilitating injuries. If you are physically and mentally able to do so, you should gather as much information as you can at the scene of the truck accident. You should take photos, and you should make sure to record the names and contact information of anyone else involved in the collision and anyone who witnessed it.

END_OF_DOCUMENT_TOKEN_TO_BE_REPLACED 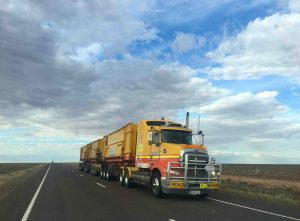 If you or someone you love got hurt in a truck accident in Carlsbad, it is extremely important to know about your options for filing a claim and proving that the trucking company is responsible for your injuries. Even in cases in which a truck driver’s error caused the collision, as is true in many trucking collisions, plaintiffs will want to learn more about causation and liability to determine whether the trucking company itself or the owner of the truck may also bear responsibility for the crash. Generally speaking, truck companies have much deeper pockets than truck drivers themselves, and thus they may be able to provide an injured plaintiff or her family with full compensation for losses. Yet first, a plaintiff will need to prove causation and liability.

What causes most truck accidents? The Federal Motor Carrier Safety Administration (FMCSA) conducted a study about trucking accident causation more than 15 years ago. According to a recent report in Transport Topics, the FMCSA has plans to conduct a new crash causation study that will help to reveal the extent to which issues like smartphone usage and distracted driving play a role in truck collisions.

Details of the FMCSA Planned Study

END_OF_DOCUMENT_TOKEN_TO_BE_REPLACED

END_OF_DOCUMENT_TOKEN_TO_BE_REPLACED
What Our Clients Say:
"Walton Law Firm was amazing. Very professional, but personal. Having a lawyer to make sure that everything is taken care of removed so much stress."★★★★★- Wayne G., Encinitas -
"After my husband was killed in a motorcycle accident, Randy was there from the moment I first called."★★★★★- Suzanne S., Escondido -
"Calling Randy was the best decision I could have made. He got me an excellent settlement that covered all my medical bills and put a sizable chunk of money in my pocket."★★★★★- Erik S., San Marcos -
"Truly as good as it gets, if not beyond great, for Randy Walton and his paralegal Sarah Earnest. He and she are both incredibly dedicated to what they do and I never felt I couldn't trust him."★★★★★- Natalie T., Lake Elsinore -
"Randy is a great lawyer and a better person. He went above and beyond the call of duty to reach a settlement in my case. He believed in my case when no one else did."★★★★★- David C., San Diego -
Contact Us
free consultation 760.571.5500