Most of us know that riding a motorcycle comes with the serious risk of being involved in a life-altering motorcycle accident. Indeed, a recent article from the San Diego Union-Tribune reminded readers about a San Diego City College student who recently lost a limb in a motorcycle collision after being struck by an automobile. Even the most careful riders can become victims of a debilitating crash. What can motorcyclists do to stay safe on the roads? According to a fact sheet from RideApart.com, an online portal that provides research tools to help consumers as they consider a motorcycle purchase, many of the most common motorcycle accidents are avoidable. All riders in the San Diego area should pay attention to these tips for motorcycle accident prevention. 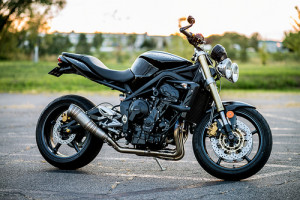 Cars turning left abruptly in front of motorcyclists are among the most common causes of a severe or fatal motorcycle accident. Automobile drivers often have difficulty determining the speed of a motorcyclist, and in some cases, those drivers simply do not see bikers at all. How can you avoid being involved in such a collision?

END_OF_DOCUMENT_TOKEN_TO_BE_REPLACED

END_OF_DOCUMENT_TOKEN_TO_BE_REPLACED
What Our Clients Say:
"Walton Law Firm was amazing. Very professional, but personal. Having a lawyer to make sure that everything is taken care of removed so much stress."★★★★★- Wayne G., Encinitas -
"After my husband was killed in a motorcycle accident, Randy was there from the moment I first called."★★★★★- Suzanne S., Escondido -
"Calling Randy was the best decision I could have made. He got me an excellent settlement that covered all my medical bills and put a sizable chunk of money in my pocket."★★★★★- Erik S., San Marcos -
"Truly as good as it gets, if not beyond great, for Randy Walton and his paralegal Sarah Earnest. He and she are both incredibly dedicated to what they do and I never felt I couldn't trust him."★★★★★- Natalie T., Lake Elsinore -
"Randy is a great lawyer and a better person. He went above and beyond the call of duty to reach a settlement in my case. He believed in my case when no one else did."★★★★★- David C., San Diego -
Contact Us
free consultation 760.571.5500