Car accidents between two or more vehicles have become somewhat commonplace. In San Diego, it is not uncommon to see at least one accident each day on the local news. A somewhat less common, and more confusing, situation occurs when a car hits a home. 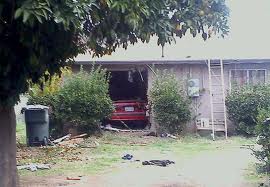 On September 21, at 2:14 AM, a car slammed into a home on Crandall Drive near Garston Street. A young girl was asleep in her bed when the car hit the home, intruding some five feet into her bedroom. Fortunately, she was not hurt. The police suspect that alcohol was a factor in the accident.

Then on September 22, at 2:45 PM, a car driven by a man in his mid-20s struck a house in the 2200 block of Balboa Avenue. Police believe the driver had a seizure prior to the crash. The police did not say whether the residents were home at the time of the accident, but only one person was taken to Scripps Memorial Hospital La Jolla.

These two incidents illustrate the varying circumstances in which a car accident involving a home can occur. The accident may involve alcohol, a medical condition, or sheer carelessness. Accidents can happen at any time of the day, so even improved visibility during the daytime will not necessarily prevent an incident.

Everyone knows that when two vehicles are involved in a car accident, car insurance should cover the damages. However, if the accident involves both a car and a home, then the question of insurance coverage emerges. Many people in this situation wonder whether the claim should go through their homeowner’s policy or the driver’s automobile policy.

The best option in these circumstances is to seek redress through the driver’s automobile policy first. It is very likely that they were at fault for the accident because your house could not very well move out of the path of their car. Filing through your own homeowner’s insurance company could lead to higher rates in the future.

One possible wrinkle involved with filing a claim through the automobile insurance company is the amount of coverage that the driver has. If the damage to the house is extremely severe, the driver may not possess enough coverage. If you have an accident with two vehicles and the at-fault driver does not have enough coverage, then underinsurance coverage will cover the difference. With an accident involving a home, a homeowner’s policy does not have underinsurance coverage. If the driver’s coverage is not sufficient, you may be forced to seek reimbursement from your homeowner’s insurance company.

The situation becomes even more muddled if you are driving and strike your own house. Again, it is probably best to place your claim through your auto insurance policy. In this type of situation, it is most likely that you simply struck your house backing out of the garage, or something similarly lower-cost. You may want to consider the amount of your deductible as well, because many auto insurance policies have a lower deductible. One of your first steps should be to contact your insurance agent, particularly if you have both your homeowner’s and auto insurance policies with the same company. The company may have a set procedure for this type of situation.